i.e. Entertaining material on the plane

What is the thing on their head called?

And why some of them have none?

What the animals have on their head growing is called antlers. Unlike horns, antlers come off every year and regrow in several months. What is unique about reindeer is that the females are the only in the deer family to also have antlers. If you see a freely running reindeer near a road in winter, it will most likely be a female with antlers.

They all shed them off but the time of the year varies. Females keep the antlers longest. They keep them until giving birth in May or June and within a week from then they come off. The main purpose of the males’ antlers is to fight in October (rutting time) over females. Once the three-week marathon is over, they shed the antlers. Often pulling/working males are castrated, as a result of which they do not mate in the autumn time and they retain their antlers longer. These pulling reindeer then shed the antlers off any time between December-April. New antlers start growing in the spring and are full size at the end of August.

During the summer, the growth period, the surface of antlers is covered by so called velvet, skin looking thing. The velvet comes off by the end of August for those who can reproduce. The pulling males velvet situation in winter varies.

Do you just take any reindeer

from the forest to give us ride?

It takes 3-5 years to train a reindeer to pull a sleigh like this. You can train only your male reindeer to do the work. Females are pregnant all winter (October- May/June). And yes, we try to get the same reindeer back before winter year after year. Nowadays we get a lot of help using the GPS trackers the reindeer have to find them in time before the season starts. All our reindeer are free to go where they please in summer, they rest, eat and gain weight and most of them come back themselves to the same place they were born when snow comes in October/November.

How can you tell the animal is yours?

All reindeer in Finnish Lapland have an owner. There are cuts made in the reindeer ears with a knife that indicate the owner. To read the reindeer ear mark look at your reindeer`s ears from behind and try to distinguish the siluette you see. It should be one of these four options. The animals can alternatively have plastic tags in their ears, but they can come off and cannot be read from a distance. A good reindeer herder should be able to recognize not only his ear mark, but also the others` from the same reindeer herding cooperative. An ear mark can be read from a distance. 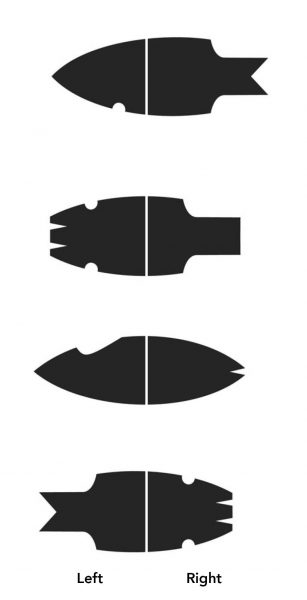 Our reindeer live in the wild in summer, therefore we wait until they come back home in December. They agree to work for us as long as they get enough food to survive the tough winter. Tahra (Stain) is almost white, like a prince. Velho (Wizzard) is a calm and trusted professional, while Pilvi (Cloud) and Dionisos are the hardest workers we have. The only racing reindeer in Kittilä area is our Tornado, but Orpo (Orphan) and Myrsky (Storm) can easily generate the same speed. 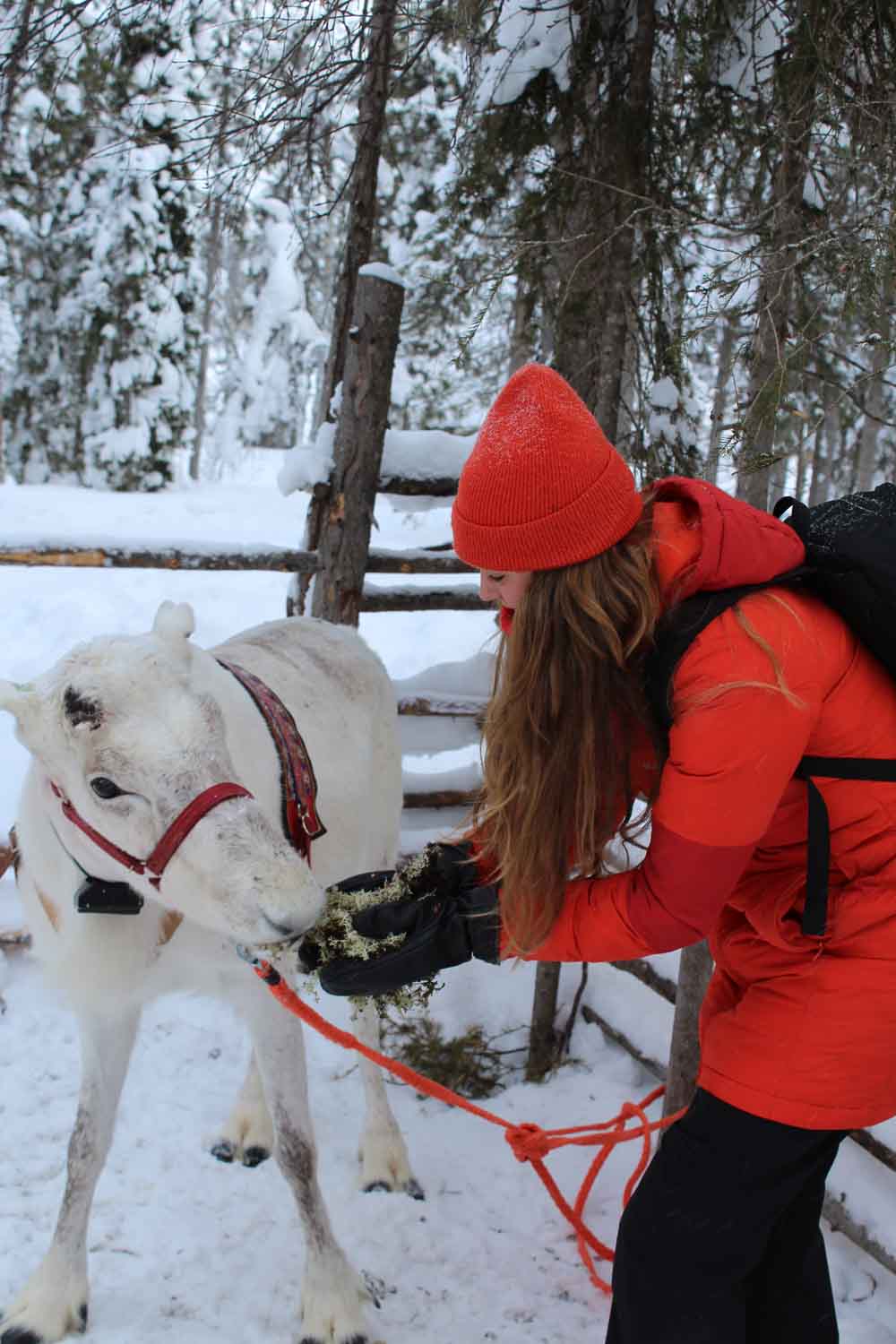 Reindeer are semi-wild animals therefore dress warmly, you never know what kind of trip they have planned for you.

Not so frequently asked questions:

How is the reindeer ride organized?

Reindeer had been used as means of tranportation before any roads were even built here. The traditional way was to have a caravan of reindeer and sleds tied up in a line. During our trip we organize it differently. Each reindeer pulls one sleigh and they are released individually one by one. That is why people, once briefed, are matched with their reindeer and then set out on a journey. It can be just you and your animal in the middle of nowhere. It will be the reindeer to decide what kind of trip you will get.

How do you train reindeer?

Life is full of surprises, especially when it comes to training semi-wild reindeer. First you need to catch the animal, your male reindeer, with a lasso and put a bridal on. He has to get used to the rein too. Once he calmes down it is useful to teach him how to follow you on the leash. It can take some weeks or longer. The true adventure starts when you take the first test ride. The reindeer is harnessed, a sleigh attached and the reindeer released. He has freedom to choose where to go, but he should eventually understand that going on the ready track is much easier then trying to run about the forest full of deep powder snow. Then he needs to stop at the end and wait to be released. At some point he should also be taught how to follow another reindeer without overtaking. As easy as that. They all have an individual study plan and within 3-5 years they should be fully-automatic for our customers to enjoy the ride with their reindeer.