In reindeer, both males and female have antlers whereas for elk, it is only the males that have antlers. Female reindeer keep their antlers most of the year, only shedding them once they have given birth to their baby calf sometime in the spring months of May or June, after which they immediately start growing a new pair. Reproducing male reindeer and elk use their antlers to fight over females and determine mating rights in October, having grown them over the summer months. When the fighting is all finished, they shed their antlers sometime in November. That’s why you’ll often find reindeer or elk antlers in the middle of the forest before the winter arrives and covers them all over with snow. Some of these antlers are collected by knife makers who use the material for decorating knife handles.
One exception to this pattern of antler growth is found among those reindeer that pull sleighs in the winter months. This is because they have been castrated and as a result they retain the antlers longer. In these reindeer, shedding can happen anytime during the winter—latest in April as after that new ones will start growing. In all reindeer and elk, the antlers are covered by velvet (it looks like skin covering the antler) during the growth period (summer), which then exfoliates off sometime before October. Wondering why we castrate them? The most important reason is so they don’t spend all their time and energy preparing to fight other males for access to the females. This activity is known as the rutting season and for stags it can be extremely stressful, dangerous and energy consuming and can result in the animal becoming wasted and run down—something that clearly doesn’t make sense if they are to work as sleigh pullers!
Elk, being wild animals, have not been successfully semi-domesticated like reindeer, even though some attempts to do so have been made; the military tried to train elk to pull equipment and sleighs, but they had little to no success. 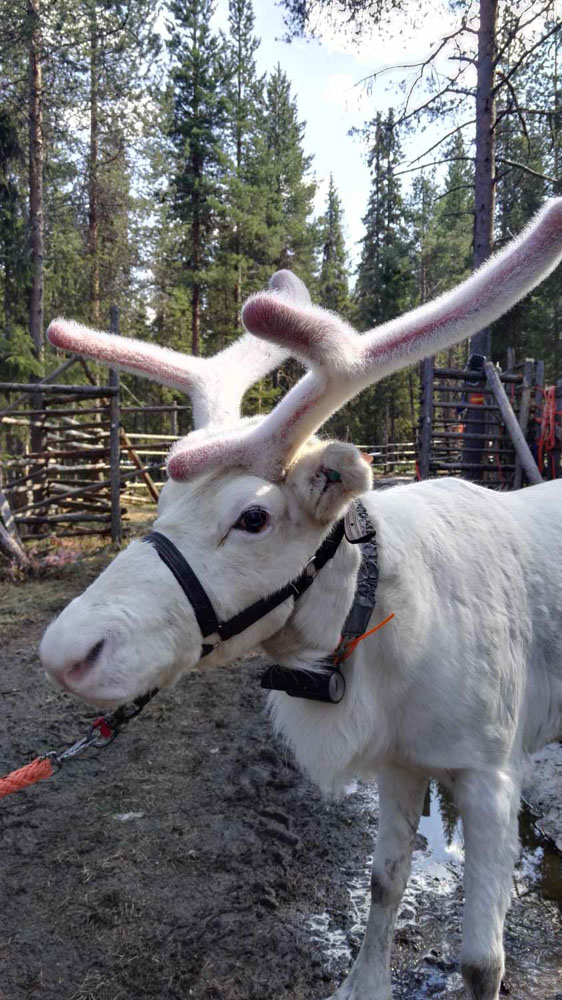 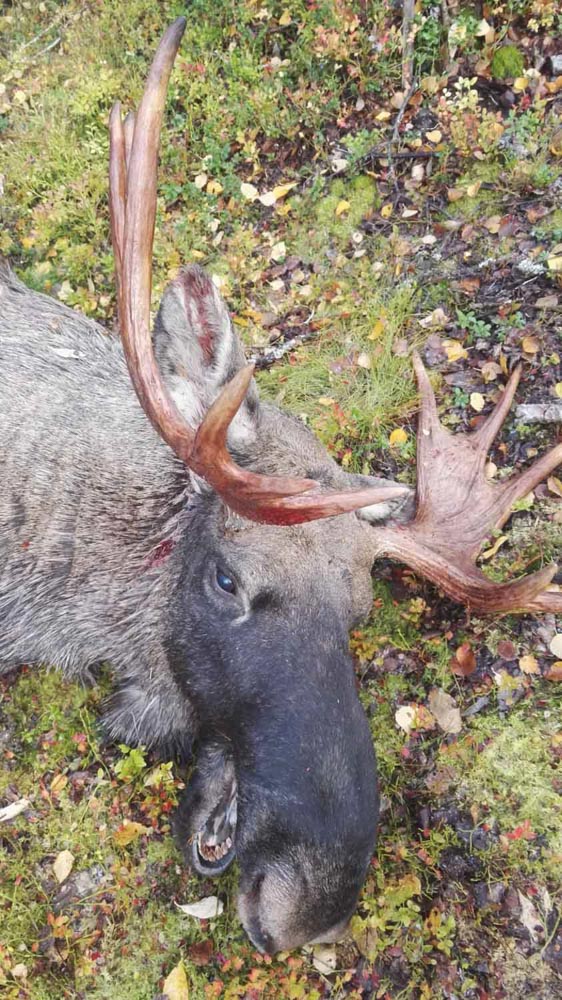