​Birch trees are iconic and deeply symbolic of Nordic regions. You can’t mistake their white trunks knotting and rising to the silvery skies overhead in winter; or their rain of yellow darts flying through the forest in autumn; or their soft green full canopy of leaves in early spring. They were among the earliest trees to recolonize the land after the last ice-age and continue to grow abundantly all around the northern hemisphere. As you might expect from a tree that grows so widely and with such elegance, humans have found themselves relying on this tree for many things—at all times of the year they can be used for for warmth and for food and medicine.

Today, humans most commonly use birch trees as firewood. They grow quickly for trees and when they are put on the fireplace, they burn evenly and consistently and give off a lot of heat. Wood from pine trees, by comparison, sparks and spits when being burnt and has a strong smell that makes it less desirable for firewood. And birch’s outer bark is full of volatile oils which makes it a very good fire starter—you just peel it off the piece of wood and it will spontaneously combust when matched with a naked flame! As well as being a good fire starter, the bark has been used to make drinking vessels, canoe skins, roofing tiles, baskets etc—it is waterproof, durable, tough and resinous.
Over the centuries, the birch tree has been nearly as central to a way of life as the reindeer has for Sami people of northern Scandinavia. And one important way they made use of it was making flour out of the inner bark. To do this, they typically harvested the bark from trees felled for timber, firewood, waterproofing, or handicrafts, by peeling it off in large sheets from the smooth trunks while still fresh. Once harvested, the reddish brown, almost cork-like phloem is separated from the outer bark and left to dry either in the sun, by a fire or wood stove, or in a dehydrator. It is then ground into flour and used to make bread and crackers. Birch flour does not contain the gluten proteins typically required to give bread structure, and for this reason it was rarely used alone in baking—more often it was mixed with wheat or rye flour to make the dough more cohesive, and to smooth its bitter taste. Bread using birch bark flour, for example, has been made in Sweden and Finland for centuries.
Other long-term uses for the birch tree include ‘tapping’ the tree in the springtime, which involves boring a hole through their bark, inserting a hollow tube and allowing the tree’s sap to flow out into a bucket. The sap is traditionally drunk fresh, boiled down into syrup, and even brewed into beer, much like the way maple syrup is collected in Canada. In winter, birch branches are full of deeply resinous and aromatic buds which can be collected and made into various medicinal concoctions, some of them good for urinary infections and others balsamic.
One particularly enjoyable use of birch is to cut and create a bundle of birch branches—the thin flexible ones at the end of larger branches, the ones with leaves attached. The completed bundle is tied together with more branches and the finished bundle of whips is called a vihta in Finnish—and is used to spank one another in heat of the moment or just the heat of a sweltering wood sauna! The ‘thwack’ against the skin of a well made vihta combined the aromas released from the leaves is a memory that will stay with you forever! Vihta were once used instead of soap and nowadays you can buy them in the shop, frozen or dried which help bring back memories of summer scents in the deepest of winter. 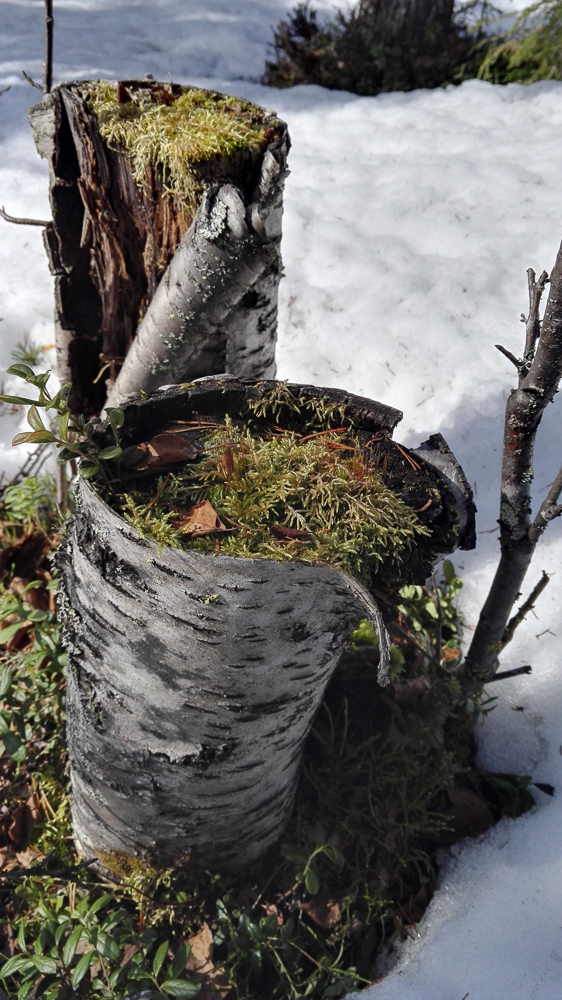 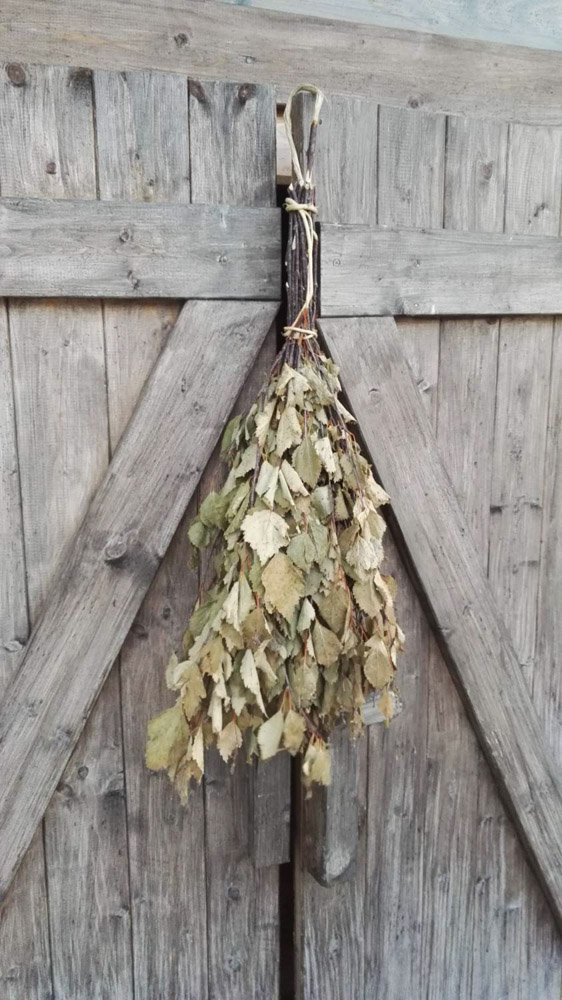