Upto a third of Finland or Suomi is classified as bogland or mire—that’s an awful lot of wet ground! There are 3 main mire types, all of which have different compositions of plant species. They are:
Pine mires, which typically have pine, cotton grass, the delicious cloudberry and dwarf shrubs like bog rosemary and sphagnum mosses growing on them. Their Finnish name is räme.
Spruce mires, which are normally found near flowing water are dominated by spruce, birch, bilberry and some sphagnum mosses. The Finnish name for these mires is korpi.
And finally there are open mires which are treeless and dominated by different sedge (grass) species. These are called neva or letto Finnish.
Besides being the best place to pick delicious berries, they also attract lots of nesting birds and insects. Bean geese especially like to use the bogs when they are renewing their feathers—a process known as a complete moult—because when they do this at the turn of July and August they cannot fly for some weeks and the watery environment helps them stay safe from predators like the red fox and mink, while also providing some sweet berry energy and vitamins to help them grow their new feathers. Come back in the summer and see if you can spot a bald bird creeping through the forest on the hunt for some berries! They have amazing vision which enlarges everything by 8 times, so you’re going to have to be pretty ninja stealthy.
Humans being humans have drained a lot of the bogland to make way for farming activities or to grow more timber. This threatens wildlife populations and conservation efforts often try to restore these habitat types.

​Ever feel like someone or something is watching you? Yeah, not that unlikely in today’s spy-state world, I know, but how about in the forest? We’ve got a sneaky suspicion the forest has its own kind of eyes—bog eyes, to be specific! It all starts with the ice arriving as usual, the lakes and rivers then freeze—as you’d expect, but then we often notice these weirdly arranged ice openings: circles of water that keep the lake open to the skies overhead, an area that seems to somehow resist physics and stay ice-free even in the coldest of temperatures!
Many have speculated on why these ice-eyes exist but none are sure. It could be the result of water movement originating from a groundwater spring, or it could be animals keeping the ice open for drinking or it could just be the bog keeping an eye out for the spectacular dance of the aurora borealis in the deep dark northern night skies.
Whatever it is, these are the only places that migrating water-birds, such as swans, have to enjoy when they return in the middle of April. Later arrivals, such as geese, golden-eyes, smews arrive at the end of April/beginning of May when the lake’s edges may have already started melting and opening up the whole body of water for playing, nesting and feeding.

They call this the gold of Lapland! These delightfully named berries resemble clouds billowing with autumnal evening light and their taste is pretty fantastic too! They ripen around the first week of August and demand serious commitment if you want to harvest them; growing on bogland, you’ll need to be willing to get wet, walk hard and brave clouds of mosquitoes—perhaps that’s where they get their name from!
Bears, too, enjoy these juicy, vitamin C-packed berries and eating huge quantities of them helps the bears fatten up and prepare for their long winter hibernation, which lasts between Nov/Dec-April May. When they wake up, snow cover may make hunting very difficult so the bears may plan ahead and kill a reindeer or elk and store it in nature’s winter freezer, ready to consume for when they wake up in the spring.
If you’re buying pots of delicious cloudberry jam, check out the coin you’re paying with; the Finnish 2 euro coin is stamped with an image of these nationally celebrated berries!

This moss has been used as remedy to stop bleeding. If walking in a bog with a choice between stepping on sphagnum or grass, choose grass.
Sphagnum is a genus of approximately 120 species of mosses, commonly known as peat moss. They have an amazing capacity to hold 26 x as much water as their dry weight, which allows them to spread and grow in dry inhospitable conditions where other plants can’t survive. Over many years, they can form massive blanketing bogs which provide habitat for other peatland plants including sedges, ericaceous shrubs and orchids.
Over the centuries, humans have made use of sphagnum moss’ natural absorbent and anti-bacterial properties by utilising the plant as a bandage for wounds, as a sanitary pad and even as an alternative to toilet paper. They grow slowly and are sensitive to disturbance so use them sparingly if you do need to! 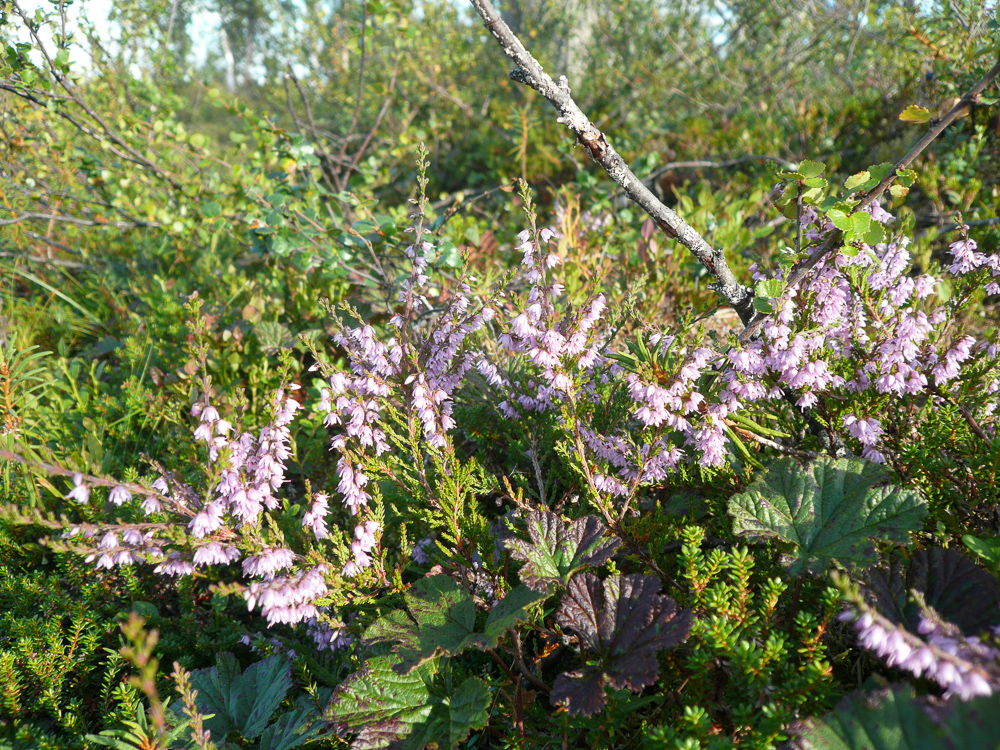 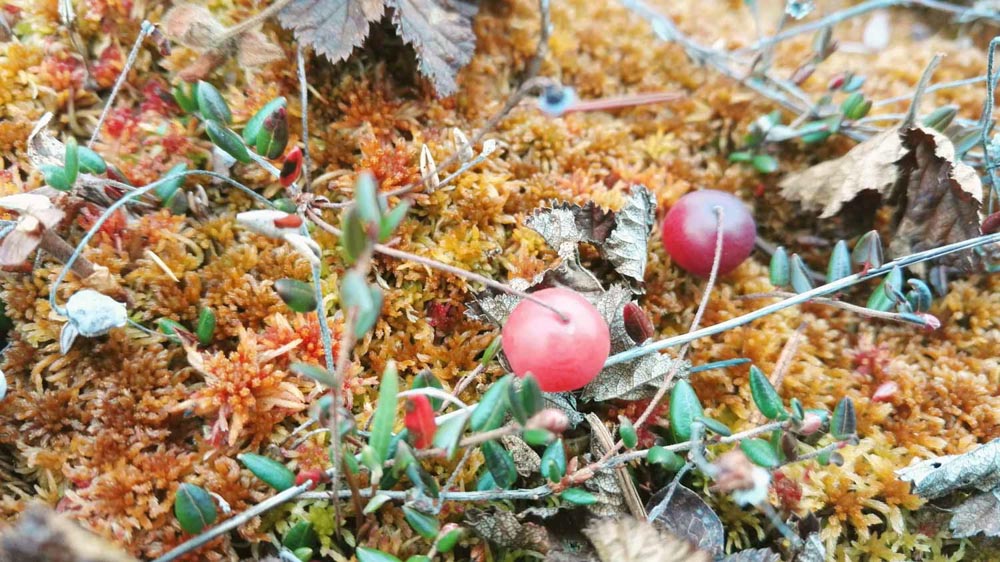 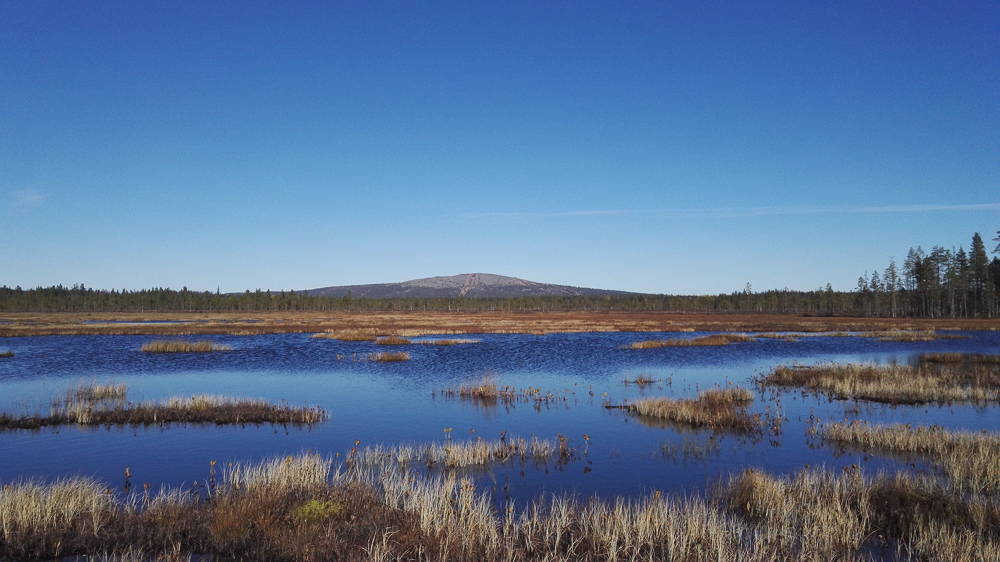 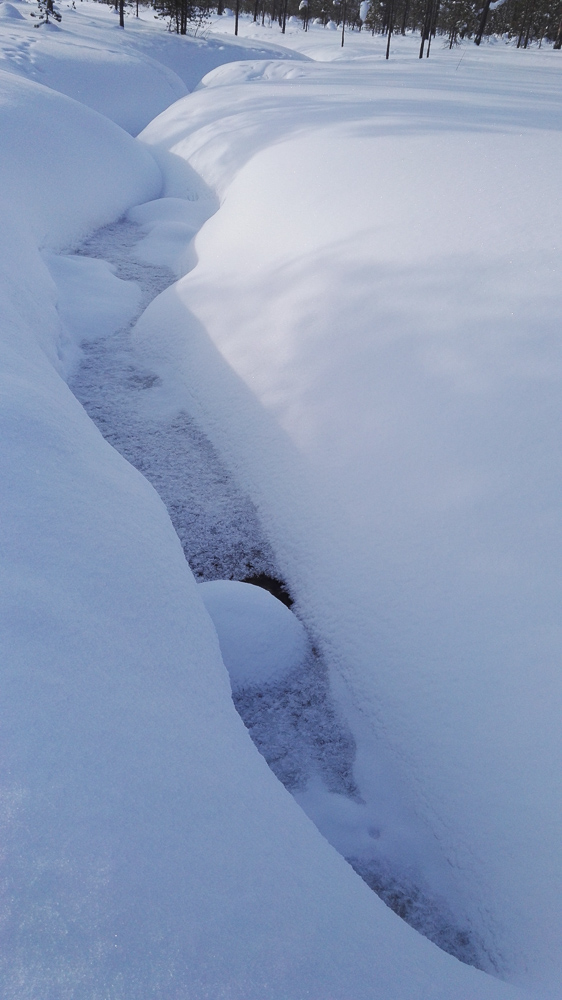 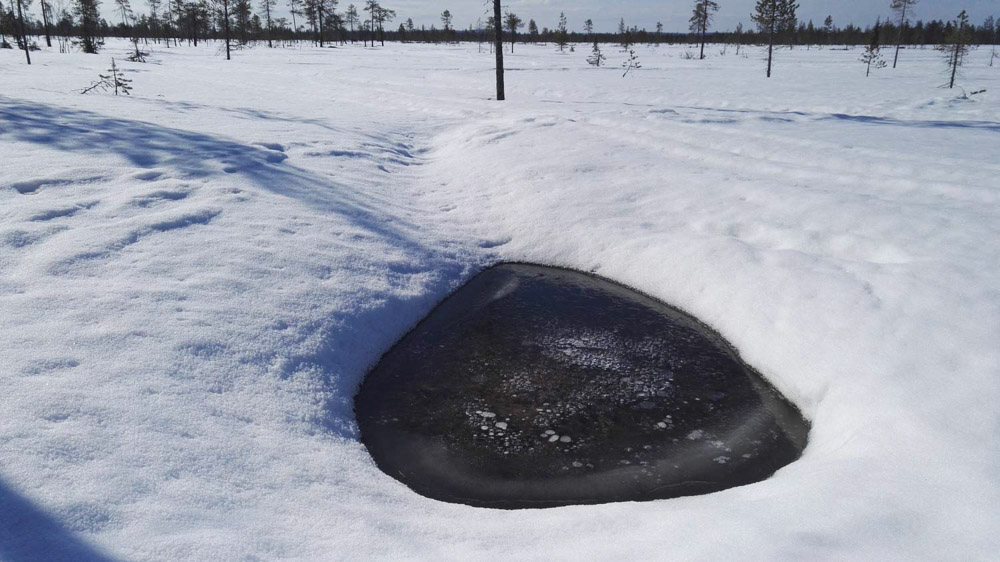 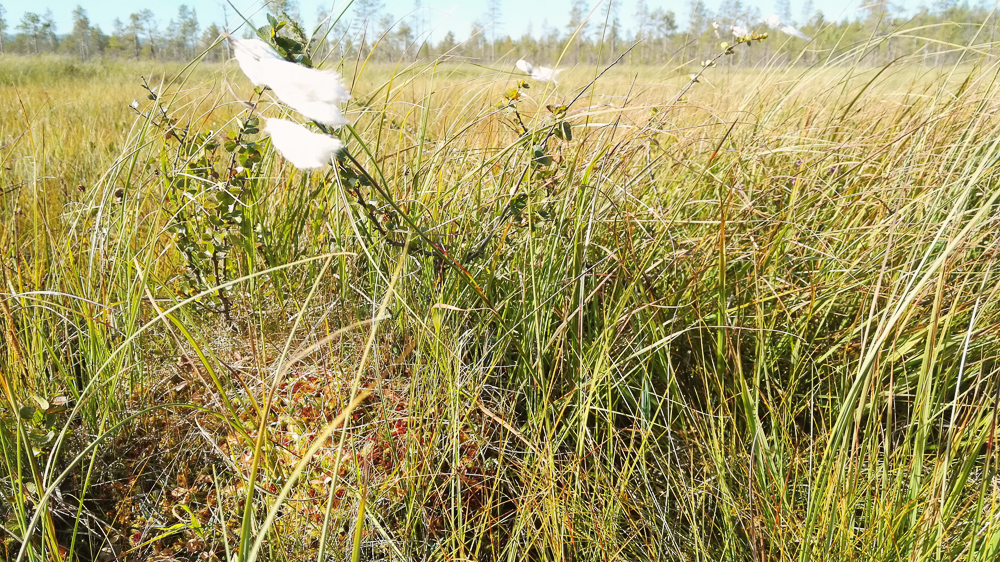 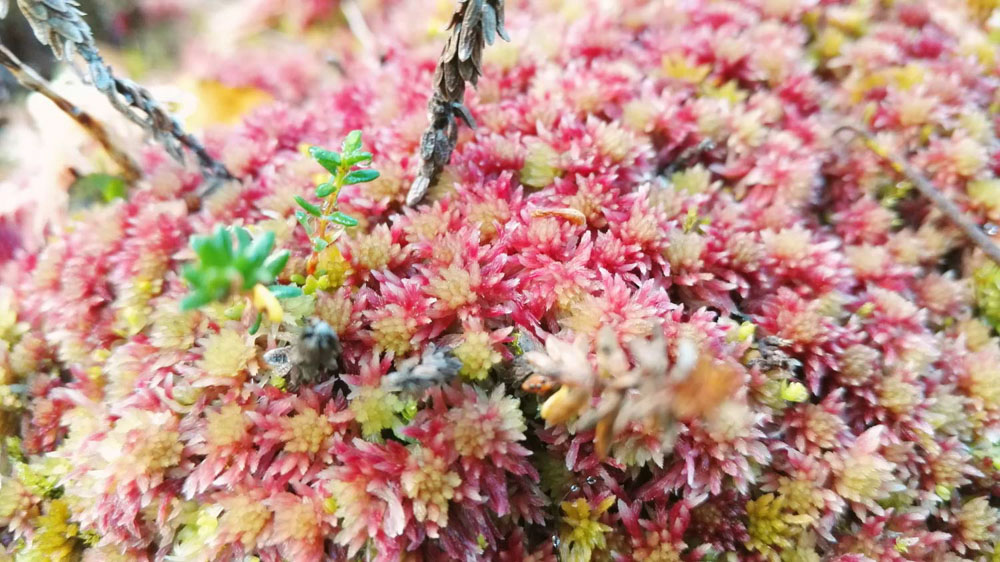 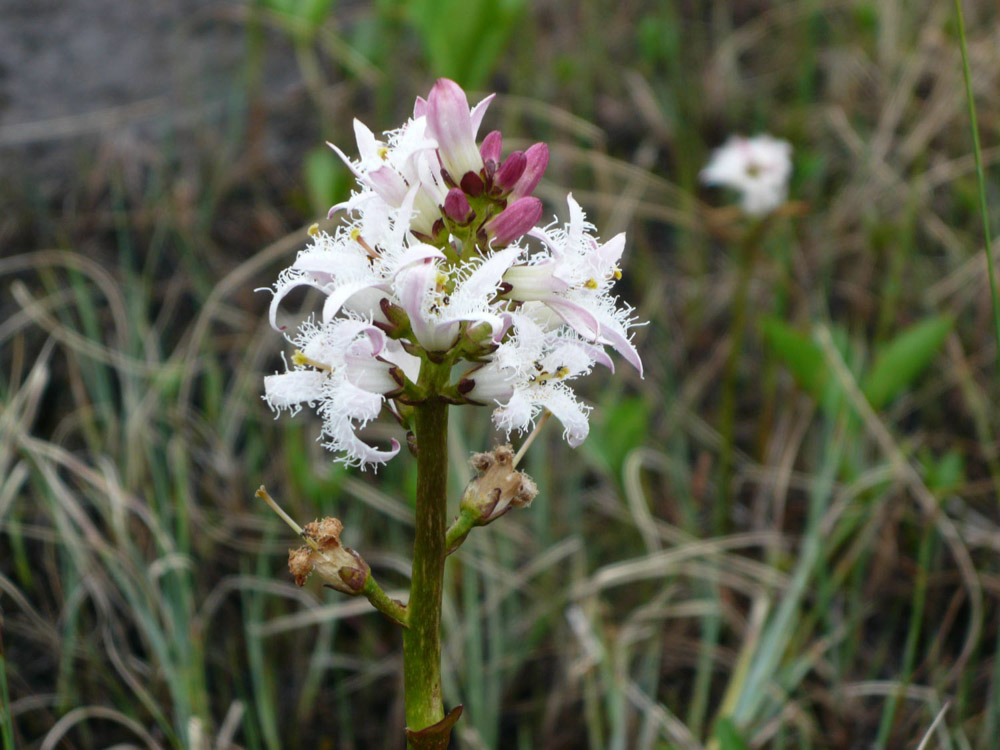 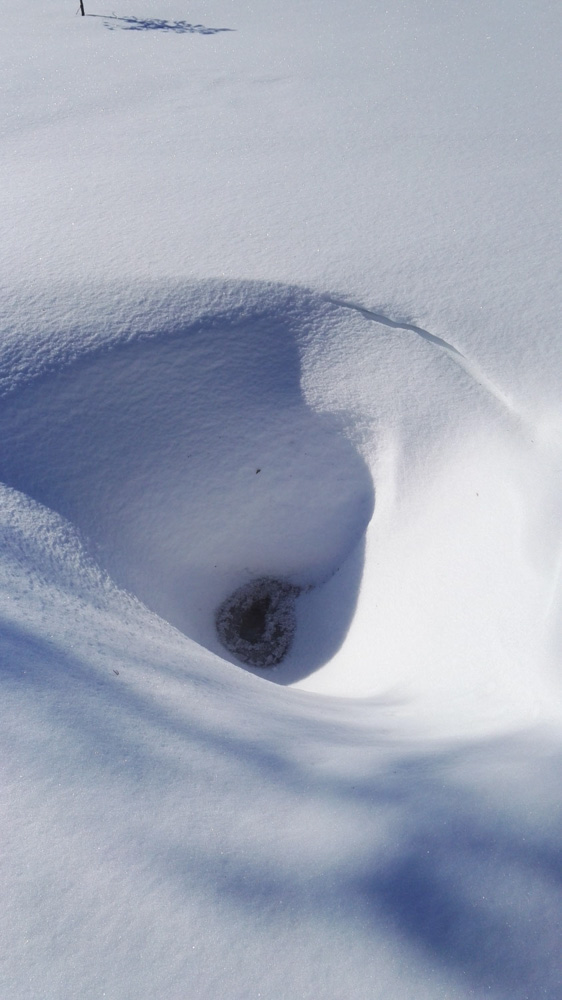 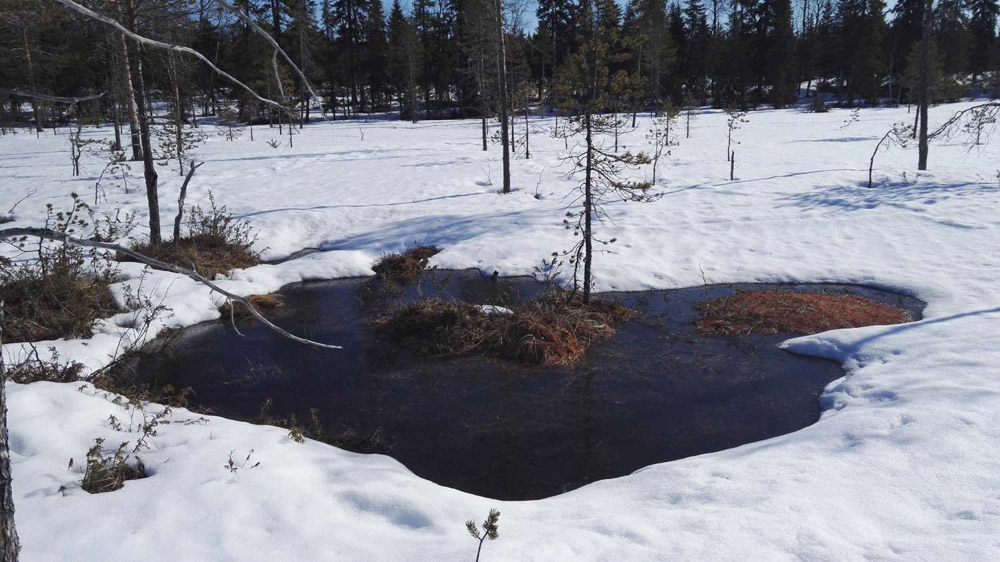