Forestry is one of the region’s biggest industries. It’s a form of farming of trees, the wood primarily being used to produce paper, furniture and building materials. This renewable material has been sustainably used by man for many thousands of years, but with the onset of industrialisation, humans became very efficient at cutting down all the trees across a large area. This process ends up with a de-forested landscape that is known as a ‘clear-cut’. In winter, it is less obvious to see the disturbance caused by this process, and in some instances, it can open up a lovely view out across the forest and onto the fells, as you can see here.
Ecologically speaking, this disturbance and removal of large numbers of trees can affect the animals that live here quite negatively; the forest has been their home for many thousands of years and they have adapted their lives to be able to find shelter and food from the forest. Realising this, humans have started to be more mindful of their affect on two, four and six legged creatures that call the forest home, and have therefore developed new cutting rules that mean some of the trees are left standing (in part so they can re-seed the soil and allow tree species to re-grow) and in part to support insect populations that birds and other species depend upon. In the past, the whole trees were cut down, root, stump and all. Now, stumps and roots are left in the forest, again to allow insect and fungi populations to thrive and thereby support the wider ecology. Some forest managers are even injecting stumps with fungal spores which speeds up the decomposition process and therefore opens up the wood for other species to make it their home. It’s an example of humans working with nature, of humans tending their forest, derived from a recognition that we humans are dependant on the whole forest ecosystem functioning well.
Another voice that plays an important role in determining the management strategy of the forest comes from game managers who are responsible for managing populations of wildlife in the absence of large predators like wolves. Left unchecked, herbivore populations can get too large and they can end up eating too much of the forest, so some hunting is permitted to allow a balance to be achieved. The game managers make use of the clear cut areas in hunting season as it provides an area with good visibility from which to spot the animals from. With so many competing and different voices, the forest you see in front of you today is the result of careful planning and constantly evolving management plans that attempt to create a balance for the forest ecosystem.

Berries play an important role in supporting different species of bird, bear and human populations! And in a clear cut area, the composition of different berries changes in response to the changing levels of light as the trees are removed. Higher levels of light tend to favour lingonberries and crowberries, which are red and black respectively. Blueberries are more competitive in shaded areas, as they have a higher sensitivity to UV rays and can therefore out compete the other berries in dappled shade. All the berries are packed full of vitamins, anti-oxidants and minerals, which make them an important and healthy food source for all the animals that live here. The long light summer nights helps the plants pack even more goodness into their berries as the plants can convert all that sun energy into their berries.
All the berries rely on animals to spread their seed. The seed is hidden inside the fruit and as the fruit is delicious, different animals are tempted into eating the berry, seed and all, and once the berries have been digested, the seeds get ejected out through the back of many an animal! The animal will most likely have moved since eating the berry (unless it’s a very lucky lazy animal!) so the seed gets dispersed about the forest where they might grow into new plants that produce more berries and so the circle of life continues. Blueberries have a particularly good strategy to attract would-be seed dispersers—the berry’s glow in the ultraviolet spectrum, which certain birds such as capercaille are sensitive to. The berry glows to attract a would be seed disperser and the capercaille obliges, only too happy to eat lots of delicious blueberries.
Berry foraging notes: to get a good quantity, purchase a rake, sorting tray and take a container to put the berries in. Pick on a sunny day as dry berries separate more easily from the twigs and leaves you’ll also unavoidably collect. To use the rake, adopt a gentle rolling motion, rather than pulling upwards, which will help prevent a squashed berry. Burst them fresh by the handful in you mouth, or to keep a store for the winter, dry them in the oven to create a berry raisin, freeze them, or make a fruit leather.

​You’ll hear everyone talking​ about it, but what​ actually is a​ fell​?​ ​Well, it’s used to describe a ​hill or mountain with a treeless top. In this area there is Levi fell, Wolverine Fell, and​, visible only on clear days, ​Aakenus fell. These hills can look small, only 450-600 meters above the sea level, but ​due to being so far north, cold temperatures prevent trees from growing on their tops. The point where trees stop growing due to environmental factors is called the ‘tree line’. The last trees found growing before the tree line are dwarf birch. It does not grow more than a few centimetres above the ground which allows it to withstand the snow and harsh conditions on top. The ​hilltops themselves are usually just made up of granite boulders, moss and lichen. 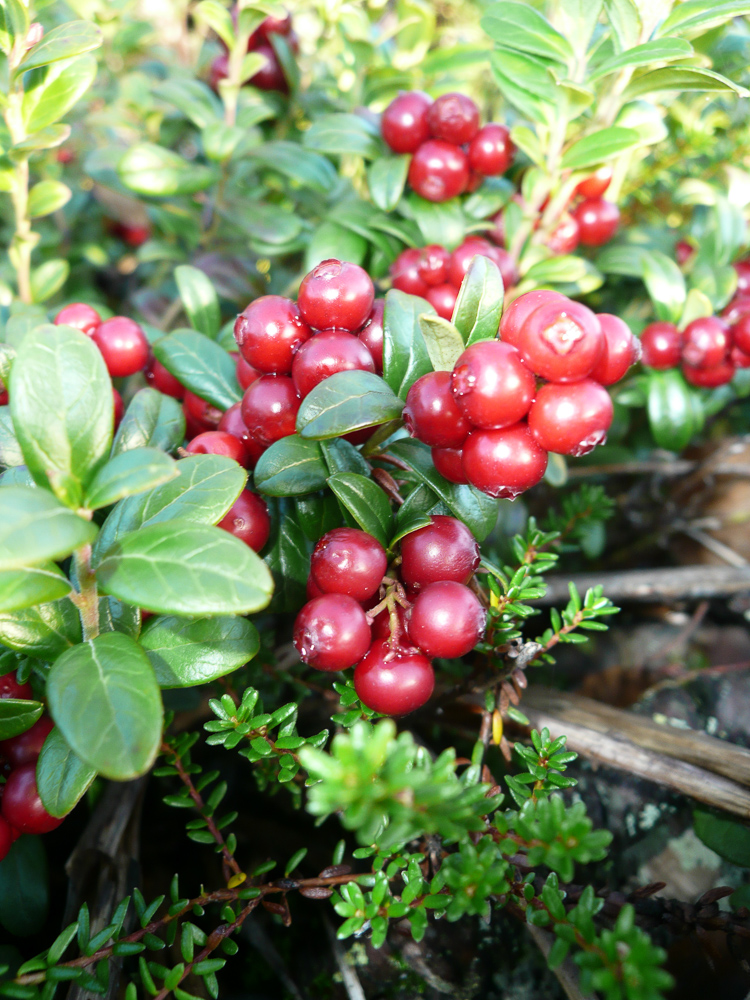 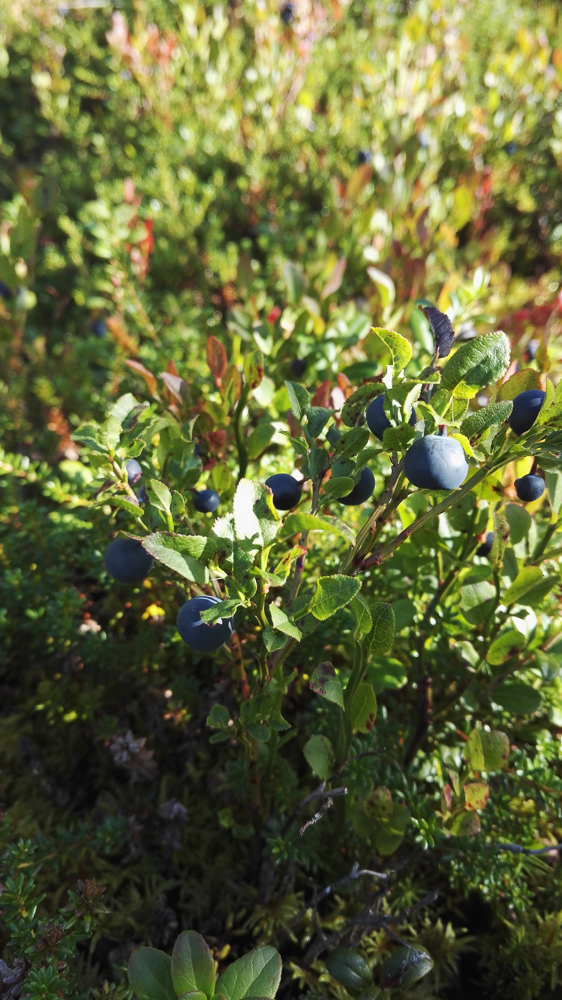 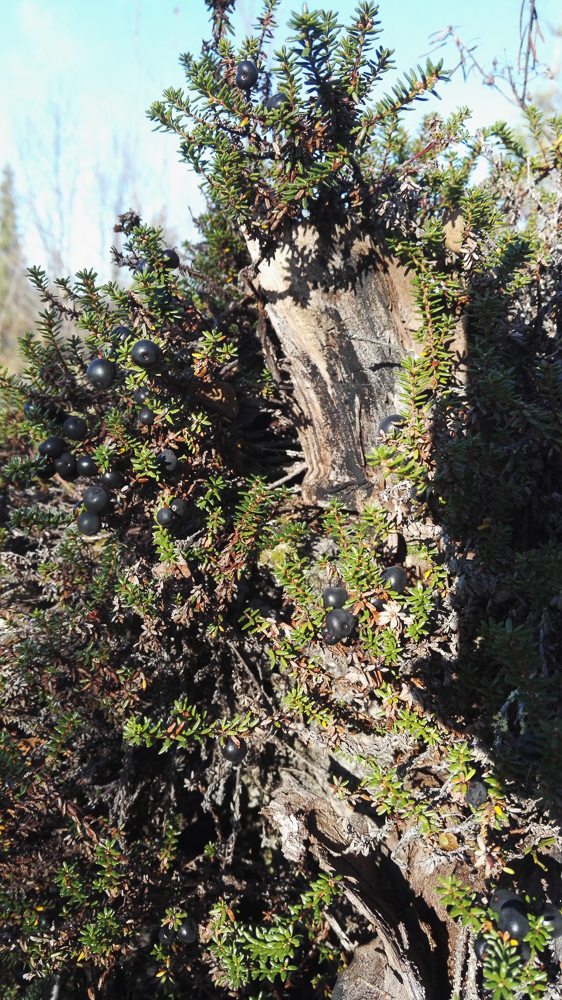 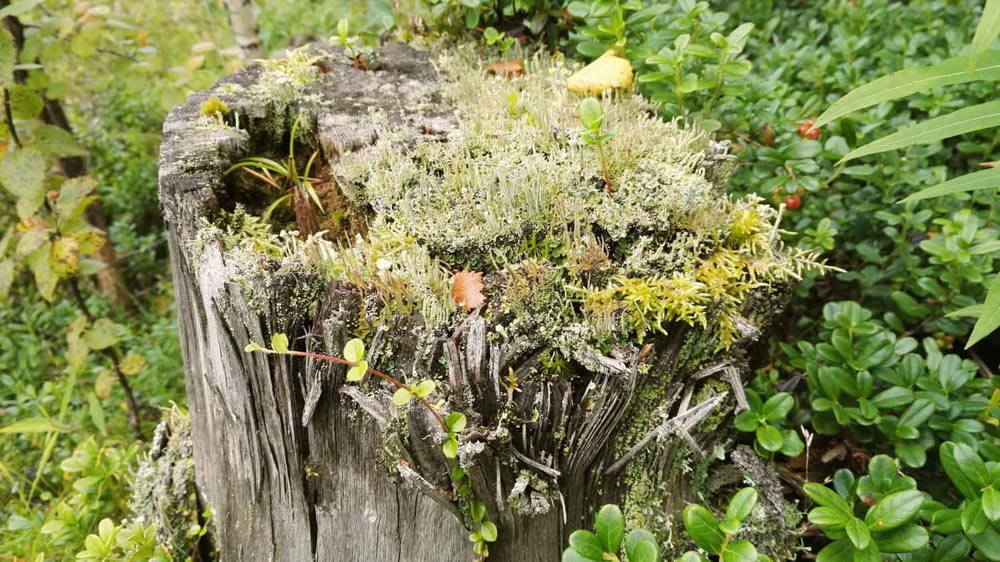 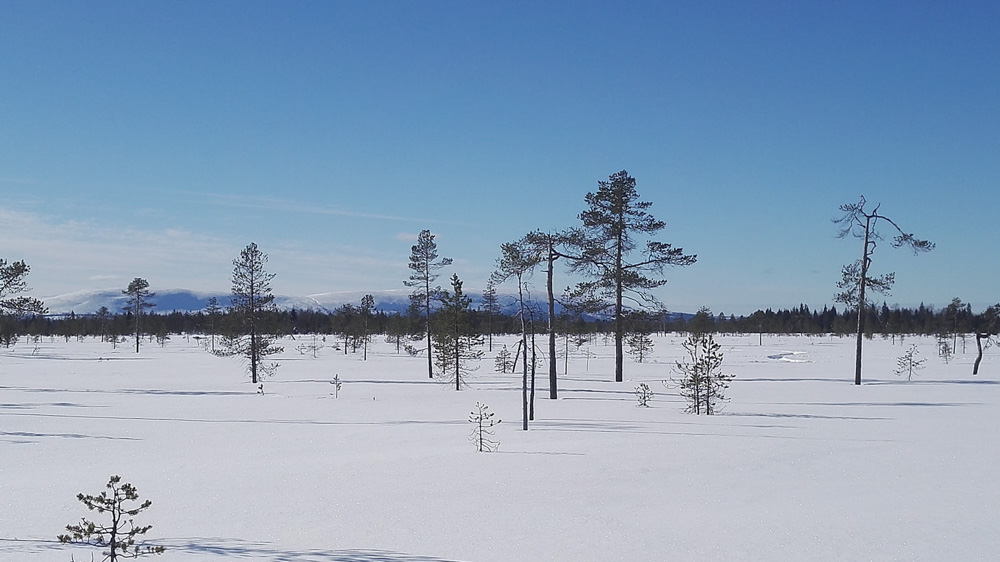 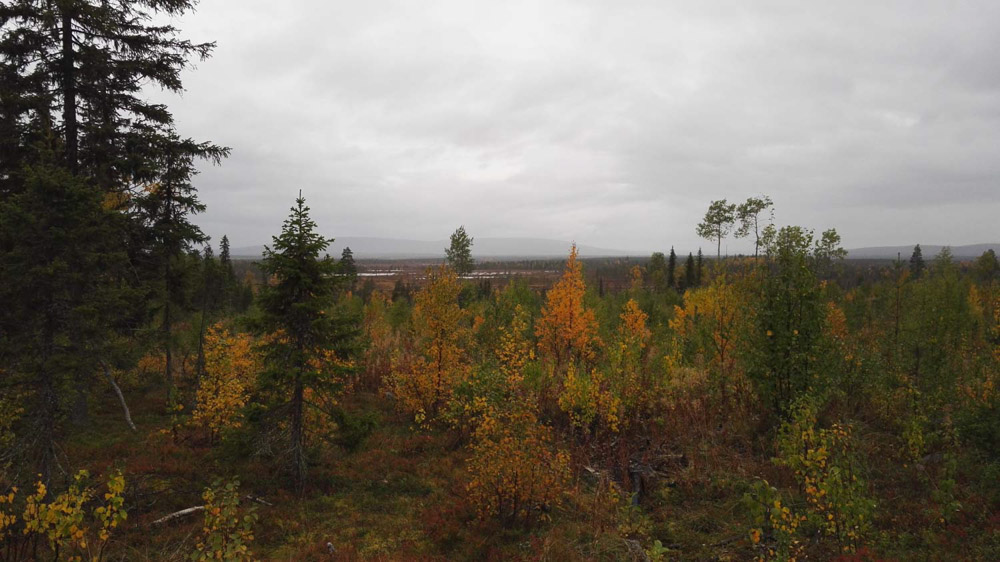 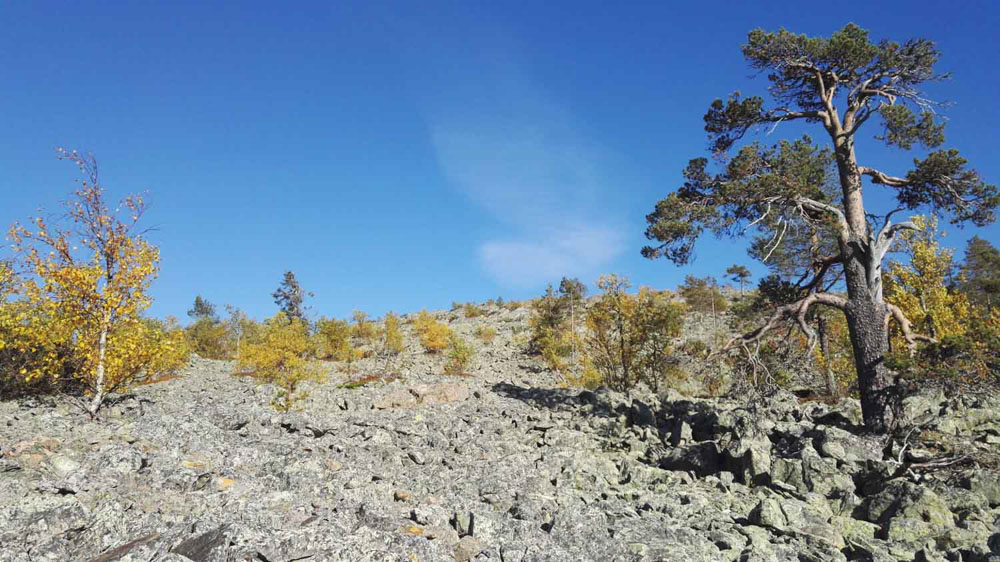